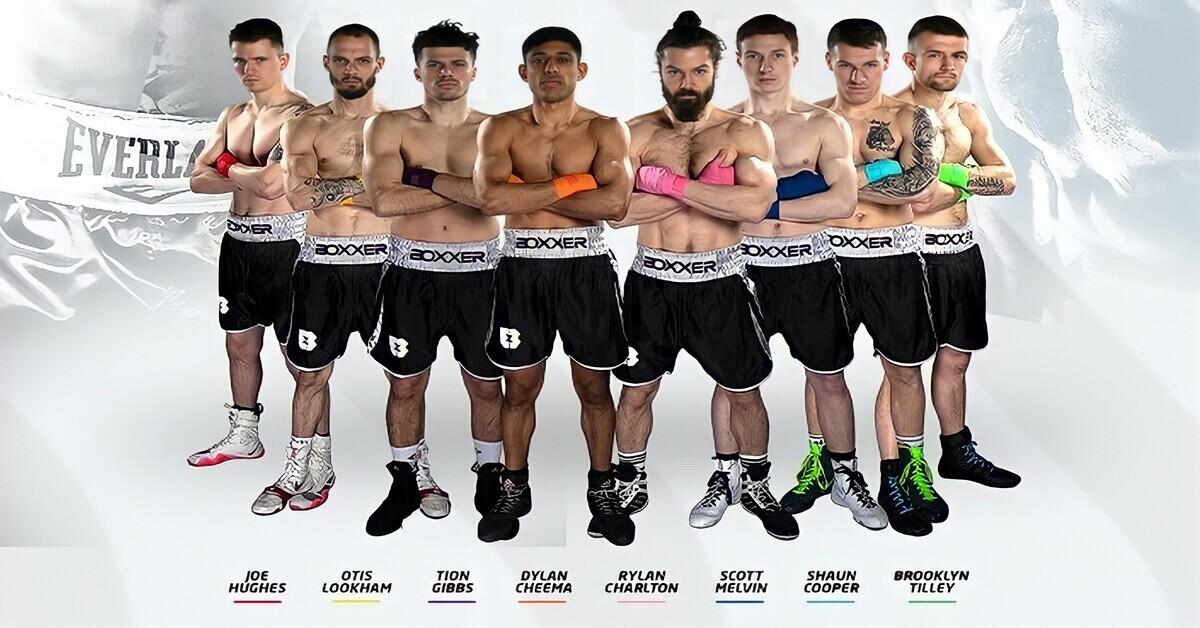 The Highly engaging Boxxer Series returns in Coventry this Saturday, April 16 Live on Sky Sports Boxing. The Card will get underway from the Skydome Arena from 8 pm on Sky Sports Action and 9:30 pm (UK Time) on Sky Sports Main Event.

The fights are contested all on the same night over 3x 3-Minute rounds. Last time out it was the super lightweights where Cori Gibbs (16-0) went on to beat Tom Farrell (20-4) in the final to win the series and has now landed himself a big contract with Boxxer/Sky where he hopes to further showcase his talent.

In April 2018 the first show ran in the welterweight division where Drew Brown (12-0) would win and has now landed himself a shot at the English title against Sam Gilley. In November that year Shakkan Pitters (17-1-0) would win the light heavyweight version and go on to become British champion. This time, it’s the lightweights who will have the opportunity to change their careers forever.

The most well-known participant is Norwich’s Pint-Sized Powerhouse Rylan Charlton (7-2-1) who suffered back to back losses against Luke Willis and Florian Marku in 2021. He showed his exciting nature through a stoppage defeat win over Joe Laws. His power and ferocious pace will suit this tournament style as well as his pedigree.

The consensus #1 seed of the tournament is Birmingham’s Tion Gibbs (8-0. Gibbs has by far the best win of the lot and the only one to win a professional title. He claimed the Midlands Area title against 10-0 Jack O’Keefe in September. Tion is the brother of Cori Gibbs, who won the Super-Lightweight edition on November 6 and there is the feeling that Boxxer wants him, in particular, to come through.

Beeston-based Joe Underwood Hughes (7-0) had four contests, pre-pandemic, but had to take a fifteen-month hiatus out of the ring due to covid. Since then, he boxed three times in the last seven months of 2021 and already has a fight scheduled in a small-hall show in July meaning he may not be expecting himself to come through victorious and land a major promotional deal as many of the other winners have done.

Walsall-Born Shaun Cooper (12-3) is the most experienced of the bunch. Cooper has two notable defeats to Frank Warren’s prospects Mark Chamberlain and Sam Noakes. Cooper’s experience puts him in good stead for the tournament as he is no stranger to facing elite competition, but with three convincing losses, including two knockouts, can he perform at the same level as Gibbs or Charton?

The Underdogs Of The Boxxer Series

Birmingham’s Dylan Cheema (2-0) has scored two points victories over well-established journeyman. Cheema, a former two-weight world kickboxing champion, is a big outsider due to his relatively small boxing experience amateur and pro. Cheema works full-time and sold 200 tickets on his debut. A good asset to have in the tournament for ticket sales.

Otis Lookham (1-0), the 29-year-old from Nottingham, got a stoppage victory on his debut last month. He has recently come out of the amateurs, so is very much used to fighting over 3 rounds, but how will he cope with fighting 9 rounds on the same day in a 3-hour or less period if he were to make it that far?

Scott Melvin (4-0), the 21-year-old from Chelmsley Wood, is the youngest in the tournament. He has had 4 outings in the last 7 months and has stayed very active. He previously boxed at this venue on a Hennessey/Channel 5 show in November last year, suggesting a local ticket-selling capability to be included on big shows.

Finally, Brooklyn Tilley (3-0) from Rainham, Kent has yet to get his career any momentum fighting just three times in three years missing out on the whole of 2021. He also has a fight scheduled for June in a leisure centre. He is also based far away from Coventry suggesting he is there to purely make up the numbers and was not in the initial plan. The mix of this with inactivity makes him a big outsider imo.

Who Am I Putting My Money on?

Studying the four underdogs in this tournament closely, I don’t particularly see any value in any of them. They don’t have the professional experience or amateur pedigree to make me favour them over the top four contestants. I also look at Shaun Cooper and don’t think he’s skilled enough to win and might not have the ambition/winner’s mentality of others, of whom 6 are unbeaten, and is essentially used to coming second best.

Joe Underwood Hughes, for me, is the third seed. I can see him having success, but not beating either Charlton or Gibbs. Gibbs has the professional pedigree to be the standout contestant here and is my pick to win the Boxxer Series. Additionally, I have a feeling that Boxxer has already signed Tion Gibbs and this is just a way of announcing it as they did with his brother Cori, who got a questionable decision, suggesting Tion might also have the backing in tight bouts which is very likely in 3-round fights.

However, Charlton is very much a live dog. Not only can he punch very hard and has a high work rate which is key for this tournament, but he also has the experience necessary and ambition to win this tournament and he is my number two pick, it would not surprise me if he was crowned champion and even if he isn’t; I can see him leaving with respectable, competitive performances.

By Darshan Desai and Freddie Firman