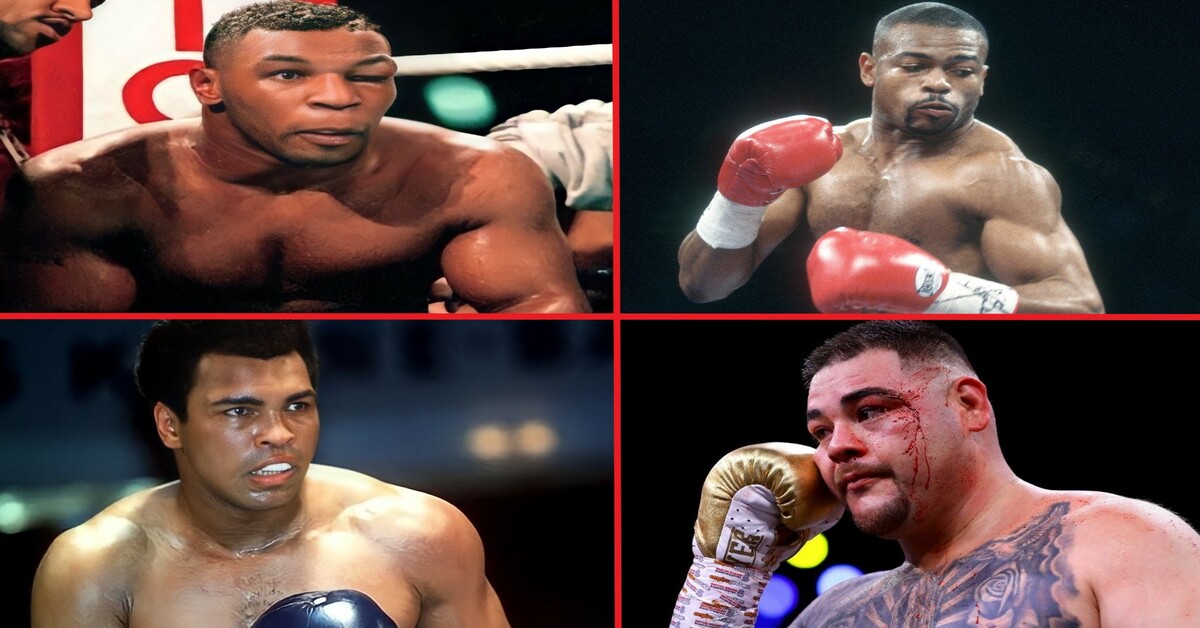 It’s time to go through the biggest boxing upsets in history to show just how unpredictable boxing can be. If you are a boxing fan and root for your favourite fighter, you know it doesn’t always go how you want it to, or even the way you thought it would.

In recent years boxing has been criticized for offering one-sided fights and less than competitive matchmaking, but there are still times when a seemingly overmatched fighter manages to surprise everyone. This week we’re taking a look back at five fights that we never could have predicted.

This is the fight that marked the last time Klitschko would lose for over a decade, he then went on to build one of the most dominant streaks in boxing history.

The year before, Klitschko had lost to another underdog, South African, Corrie Sanders inside two rounds. With many fans and pundits seeing Sander’s win as a fluke victory there was no indication that Wladimir would fall again in a similar fashion, especially not so soon.

Brewster had a decent record but was untested by anyone of the elite level that Klitschko was considered. Klitschko showed his dominance early on and the story looked to be told by the fourth round when Brewster was knocked down looked very unsteady as he rose again.

Klitschko piled on the pressure and knocked Brewster down again 30 seconds later, with Brewster once again beating the count. Both boxers were exhausted and, just before the bell, ended up on the floor together after Klitschko unleashed a combo.

Coming into the fifth both boxers looked to be running on empty, but we were all just waiting for Klitschko to finish it. Then with just 40 seconds left Brewster landed a huge left hand and followed it up with more bombs. Klitschko was barely standing and stumbled against the ropes, where Brewster scored his first knockdown.

Klitschko rose to his feet but Brewster piled on the pressure hitting him with powerful, unanswered hooks and straights. With just 5 seconds remaining in the round, Brewster caught Klitschko with a huge uppercut that put him out on his feet. The referee tried to catch Klitschko as he fell to the mat, before ruling a KO victory for Brewster, winning him the vacant WBO World Heavyweight title.

Number 4 entering into our top 5 biggest boxing upsets in history list falls on Antonio Tarver beating Roy Jones Jr. Going into this fight Roy Jones Jr. was considered the best pound-for-pound boxer alive, was the undisputed Heavyweight titleholder, and had already come down to Light-Heavyweight and beaten Tarver for his WBC belt just six months before.

Tarver had given Jones a close fight in their first outing, but with Jones having to drop 24lbs in a few months to reach the Light-Heavy limit, many believed he looked slower and weaker as a result of his weight cut. This time, with Jones maintaining 175lbs between fights, he was expected to be back on full form and to outclass Tarver completely.

The fight started out with an aggressive Jones Jr. outboxing Tarver and looked to be following the script of Jones’s dominant career. In just the second round though, Tarver caught Jones Jr flush with a left hook that knocked him down. Jones Jr. just beat the count but was barely standing and referee Jay Nady ruled him unable to continue. The quick finish to the fight resulted in one of the biggest upsets in boxing and pushed Roy Jones Jr off his #1 pound-for-pound spot.

Number 3 on the top 5 biggest boxing upsets in history list the one that possibly all boxing fans alive today will know about entering in at 3 on our biggest upsets in boxing history list is Andy Ruiz crushing UK boxing dreams. It was predictable that this would make the list. We had heard of and seen Ruiz box before, but we never really reconned him as a top contender. A lot was made of his 33-1 record coming into the fight and it’s true he looked dangerous at times against Joseph Parker, but we really had no idea he would do so well on the night.

Ruiz has undeniably fast hands and a lot of talent, but his physique gave the idea that he wasn’t in the elite. The added fact that Ruiz Jr. stepped in as a late replacement for Jarrell Miller also leads us to believe he simply wouldn’t be able to keep up with AJ’s conditioning and power.

In what is considered one of the best rounds of 2019, Andy Ruiz got knocked down, then came back and scored knockdowns of his own, with AJ barely beating the count on the second. Ruiz scored two more knockdowns in round 7 which ended the fight and made Ruiz the unexpected and unified Heavyweight champion, as well as the first Mexican Heavyweight champion in boxing history.

In what was supposed to be a stay-busy fight while Lewis organized his long-awaited face-off with Mike Tyson, no one gave opponent Hasim Rahman much chance. Lewis was considered to be one of the most complete Heavyweights of all time, being able to outbox, in-fight, and brawl with anyone in the division, leaving Rahman with a 15-1 outside chance.

Rahman was prone to get caught on the way in by Lewis’ famous jab and was stunned on more than one occasion. He began to paw with his left arm, in an attempt to find his range, which further displayed the gap between him and Lewis in terms of skill.

The fight continued to be dictated by Lewis who boxed smartly, While Rahman began to throw more haymakers. Then with 40 seconds left in round 5, Rahman connected with an overhand right that flattened Lewis. The champion was on his back and barely able to register his surroundings by the fifth count, he struggled but couldn’t make it up from his knees before the referee called it off.

With that loss, Lewis lost his WBC, IBF, IBO, and Lineal Heavyweight titles and delayed his Mike Tyson matchup. Rahman catapulted himself into the spotlight, signing with Don King and gaining offers from HBO and Showtime. In a situation closely mirrored by that of Anthony Joshua and Andy Ruiz, Lewis would rematch Rahman a few months later, avenging his loss to the underdog in dominant fashion and taking back all of his belts.

And here we are, at what we believe is possibly the among the biggest boxing upsets of them all, the then undefeated and undisputed heavyweight champion, Tyson was a fearsome and dominant force tearing through everyone in the Heavyweight division. Douglas was a 42-1 underdog who many believed wouldn’t make it out of the first minute of round 1. The fight, which was supposed to be a stepping stone on his way to Evander Holyfield, ended up as the defining upset victory in boxing.

From the go, Douglas showed no fear and brought the fight straight to Tyson, going toe-to-toe and being comfortable openly trading blows. Douglas proved the more agile boxer, keeping Tyson at range with his reach and footwork. It was a confusing fight for fans, who were used to seeing Tyson as the quicker and more skilled puncher.

As Tyson continued to struggle to get inside on Douglas, the challenger settled in and started landing heavier shots, including an uppercut in the fifth round that rocked Tyson badly. As the fight went on Douglas controlled the middle rounds, leaving Tyson needing a KO win by the 8th.

In the dying moments of the 8th round, Tyson landed a huge uppercut that sent Douglas down and, had it not been for a late count, might have seen Douglas lose by KO. Instead, Douglas rose to his feet and was saved by the bell.

The 9th round was ferocious as Tyson tried to KO Douglas and save his titles. The two traded heavy blows and both men were rocked at different points, with the round ending with Tyson on the ropes, barely clinging on to his balance.

The 10th round defined Douglas’ career and boxing history. Backpedalling against a desperate and aggressive Tyson, Douglas landed a clean uppercut as Tyson came forward, followed by a four-hit combo which put him down for the first time in his career. Unable to beat the count, Tyson had lost the WBA, WBC, and IBF titles and Douglas had secured his place in history as the first man to KO “Iron” Mike Tyson.

What a brilliant list of boxing upsets, and for some readers, it may have sparked some memories in your boxing brains, some more recent and painful memories than others, or maybe you were happy some of these champions lost.

Also, read: Top 10 Most Dangerous Boxers Of All Time 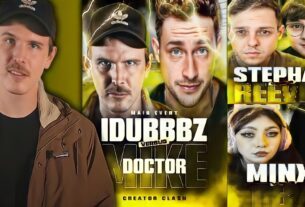 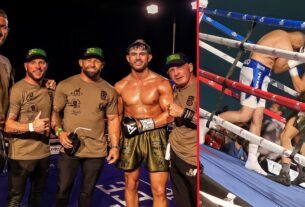