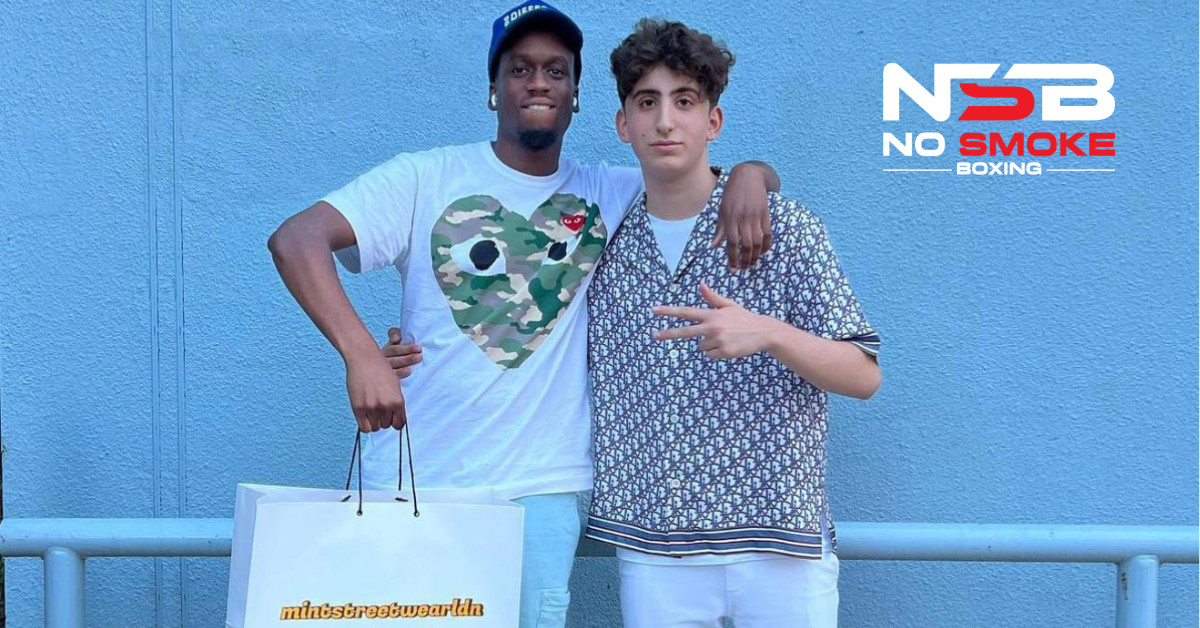 No Smoke Boxing had the pleasure of meeting a couple of schoolboys turned businessmen, who are procuring high-end fashion for influencers, ballers and celebrities alike. (Clients include Reece James, Central Cee and Manlikeisaac.) The brand is called Mintstreetwearldn and the two lads are open to entering the crossover boxing space.

They gave their thoughts on Mayweather/Deji, KSI/Jake Paul and called out other personal shoppers.

Nima and Toby started the business during lockdown and exclusively told NSB that they are opening up a shop on the high street and have an entire team working on the enterprise.

“The way we’ve built, starting off literally selling on apps such as eBay and then taking it to Instagram has really shocked us in a way. Now it’s a proper business and we’ve taken big steps forward.”

Nima also had a message for anyone looking to enter the reselling space. He emphasised the importance of education, saying he’s more than capable of juggling his academic and business obligations.

“Don’t think you have to leave education. You can still sell shoes and all that while being in school.”

Nima accepted that his dealings require trust and good faith from high-profile clients to give them control to purchase fashion goods on their behalf.

“A lot of people don’t trust 16-year-olds with a lot of money, it’s understandable but I can assure you are service is legit, everything’s on point, and you can’t go wrong shopping at mintstreetwear.”

As for boxing, the two teenagers were willing to enter the crossover boxing sphere. Nima was keen to instigate an industry clash with other fashion properties, in a similar style to the cryptocurrency showdown in Dubai this week. Although, Toby accepted that his career as an aspiring footballer may make it challenging for him to lace them up.

“If any reseller wants to call us out, let’s have it, two on two, we’ll smoke anyone – if the money’s right.”

Nima and Toby also talked up the serious intentions of social media superstars who are competing in combat sports, praising Logan Paul’s athleticism in the WWE at the weekend. Toby even had a surprising take on the Mayweather-Deji fight, backing Mayweather but not ruling out Deji doing the seemingly impossible.

“But Deji might turn up that day. We’ll have to wait and see. It could be an upset.”

Nima was enthused by the prospect of Jake Paul and KSI locking horns as VIP guests at the Mayweather Deji event.

“They’ll probably have a small confrontation. Jake Paul is the better boxer but in terms of who wants it more, KSI has something within him.”

Nima and Toby admitted their routing for KSI, not because of patriotic allegiances, but because of his entrepreneurship. Starting young with their own business pursuits and with an eye on crossover bouts, don’t be surprised if Nima and Toby follow in KSI’s footsteps and take the internet by storm with Minstreetwearldn.