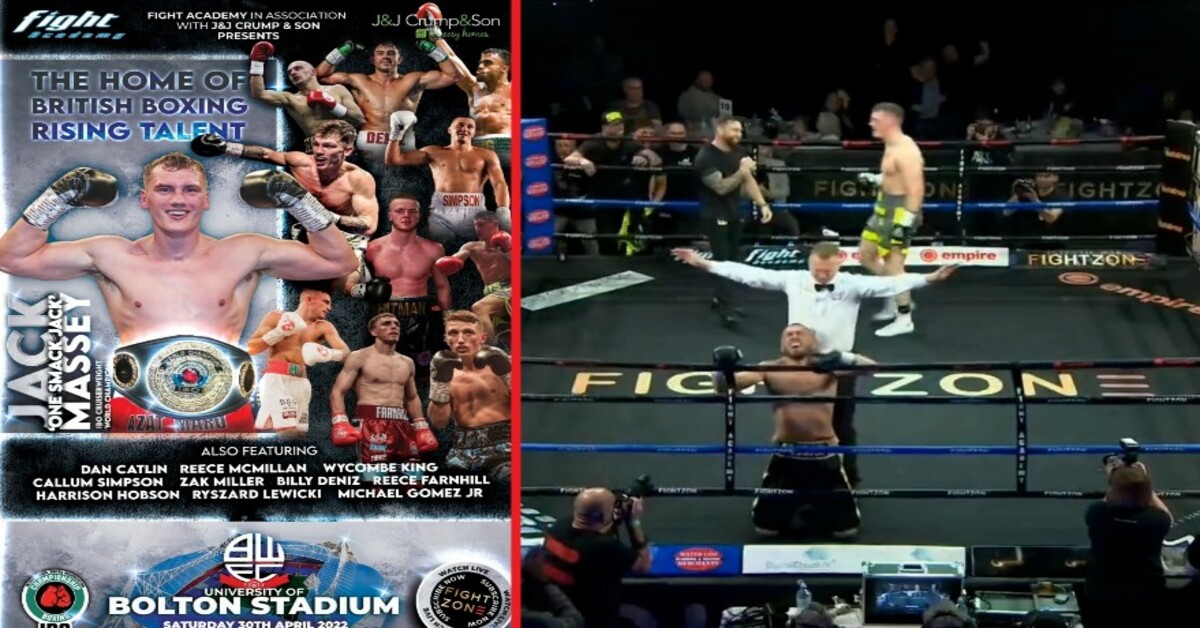 In this article, we will take you through the whole card, fight by fight, just in case you missed it or weren’t able to view the card including the action-packed fights for Jack Massey, Callum Simpson and Billy Deniz. Let’s start from the beginning.

Kheron Gilpin (2-0-0) kicked off the action with four rounds at cruiserweight. Outpointing Pavel Garaj (7-30-2) by 40 points to 36. Refereed by Darren Sarginson.

In a cruiserweight four-rounder, we saw Wycombe King (3-1-0) had a significant step up in level vs Luke Blackledge (27-12-2) who was coming in on the back of six straight defeats. A step too soon for the man looking to go to 4 and 0. As Blackledge pipped it by a point in an entertaining contest. 39-38 scored by referee Steve Gray.

The third bout saw Ryszard Lewicki (2-0-0) vs journeyman Teodor Nikolov (5-45-4) who knocked Lewicki down at the start of the first round to Ryzards’ surprise. The Polish-born English raised super middleweight recovered well, finishing the round strongly. Dropping his opponent in the second round, then twice in the third before referee Darren Sarginson waved off the contest at 1 minute 4 seconds.

The fourth bout of the evening saw ‘Turkish Tyson’ Billy Deniz (5-0-0) vs Daniel Borisov (7-32-2). Excessive clinching from Borisov made it ugly and awkward for the majority with Deniz keeping as much composure as you expect from a 5 fight novice. Getting Borisov down in the third.  Yet the rough illegal tactics from Borisov were enough to see him have a point deducted in the fourth.

A shake of the head from Deniz proved how frustrating it was yet kept cool and composed to throw numerous hooks as Borisov walked forward going down twice within quick succession for Steve Gray to wave it off after the count at 2 minutes 19 seconds of the round.

The fifth contest saw Reece Farnhill (5-0-0) matched against Daniel Bazo (3-24-3) Farnhill set the pace from the start and gained control from the centre ring picking nice shots and putting good combos together.

With Bazo down twice in the second round soon after he was the second boxer of the night to be deducted a point for excessive clinching then given the last warning and threatened to be thrown out from referee Sarginson before the round ended and Bazo retired on his stool.

At the halfway point of the card, Reece Macmillan (15-1-0) squared off against the game Mark Butler (2-2-0) With Macmillan had the cleaner work in the first round yet Butler was leading with left on the front foot caught Macmillan on a few occasions.

It continued throughout the second allowing Macmillan to pick a game Butler off as he kept coming forward, with little response other than getting through with a couple of uppercuts that didn’t trouble Reece who stayed relentless in the third and fourth rounds.

The Brighton man had some success catching Macmillan several times growing more confident in the last two rounds forcing him to go on the outside at times with several exchanges between the pair. Entertaining contest with Reece Macmillan winning 59-55 scored by referee Steve Gray.

Dan Catlin (9-1-0) in his biggest test to date vs Boris Ivanov (10-3-0) in the seventh fight of the night. A very tough opponent in Ivanov attempted several jabs as well as showing Catlin he’s more than willing to exchange even though Catlin was catching him with much cleaner shots, as well as several looping swings and misses from both there was plenty of activity through the first three rounds.

At the start of the fourth, there were immediate exchanges and it was ‘dangerous’  Dan who again caught his opponent with the cleaner work and a perfect shot connected stumbling Ivanov into the ropes then capitalizing by throwing dozens of pulsating quickfire shots forcing referee Darren Sarginson to call a halt to the contest at 1 minute 12 seconds.

Zak Miller (9-0-0) faced off against Engel Gomez (8-9-1) in which we saw a busy first two rounds where there was a lot of rushed work coming in from Gomez whilst Miller tried and succeeded in keeping composed and keeping his man at range with a left jab and counter hooks.

A clash of heads in the second round down to the onrushing Gomez caused a small cut for Miller above the left eye. As the fight went on the rounds were more controlled for Zak working from the outside keeping on his toes still able to keep his jab to good effect in and out of range with Gomez still throwing the occasional jab and huge overhand right more in hope than anything else.

Busier work from the Nicaraguan at the start of the seventh, yet the man from Ashton under Lyne stuck to his plan till the end of the fight, enabling himself to switch up his shots without needing to go through the gears even in the final two rounds earning himself a shut out points victory of 80-72 refereed by Steve Gray.

Michael Gomez Jr (17-1-0) in the next 8 rounder vs Ezequiel Gregores (3-11-0) The Argentine came out firing and landing a couple of shots on Gomez yet he looked burnt out Instantly with the Mancunian able to unload several combinations with head and bodywork to finish first round strongly.

More combos and excellent bodywork from Gomez continued to get through on Gregores who was coming back toward the end of the round but still nowhere near as effective as Mikey’s work throughout the second.
The third saw Junior attempting to establish his jab more and catching Gregores when up close with a couple of uppercuts and some really eye-catching combinations.

In the middle rounds, both men got closer to each other yet Gomez still had the better moments in response to the erratic work from his opponent. The work from both boxers started to be a lot less clean in the sixth as Gregores tried to bully Gomez around with pushes and his head leading in, with a complaint at the end of the round to the referee he was then warned at the start of the seventh and had a point deducted after ignoring the referees stern telling off.

Tiredness showed in the final round with more clinching than punches were thrown. Scored 78-74 to Mikey Gomez Jr by referee Dan Sarginson.

In the co-main event, Barnsley’s highly rated Callum Simpson (8-0-0) secured another first-round KO vs Michal Loniewski (3-3-0) the Pole took the knee twice before a brilliant finish from Simpson stopping his man with 11 seconds to go in the round.

That’s now six straight knockouts with four of those coming in the first round. It’s clear to see the power Simpson posses and could very well be a threat in the cruiserweight division in the near future.

The main event saw IBF European and IBO world cruiserweight champion Jack Massey (20-1-0) emphatically stop Vaclav Pesjar (19-13-0) in the second round. After being buzzed in the first due to being off-balance Massey recovered extremely quickly coming out in the second putting together combinations and attempting to work the body, and it worked to perfection for ‘one smack’ who had his opponent screaming on the canvas from a brutal body shot with it being clear that the Bulgarian wouldn’t be able to continue.

Massey now hopes Dennis Hobson can get him a fight at Buxton football club’s ground, mentioning Chris Billam Smith and previous foe Richard Riakphore as potential opponents. Jack Massey knows himself he is in a strong cruiserweight division domestically with several names looking to move to the world level and now needs a much sterner and bigger fight vs one of the other highly ranked contenders.

The fight talked about the most has been Isaac Chamberlain, with several back and forths between the pair over recent times proving there is a bit of needle to the potential match up then I’d hope that fight can be made sometime in the near future.

Catch up on last night’s action on Fightzone by signing up for just £1.99 a month. Their next show is on 13th May at the Hydro arena in Glasgow where Hannah Rankin defends her WBA and IBO world titles.

Also, read The 3 Potential Opponents Who Jack Massey Could Fight Next 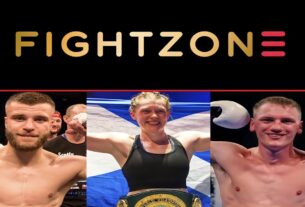 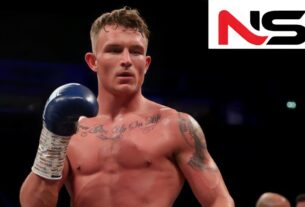 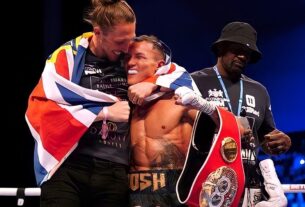