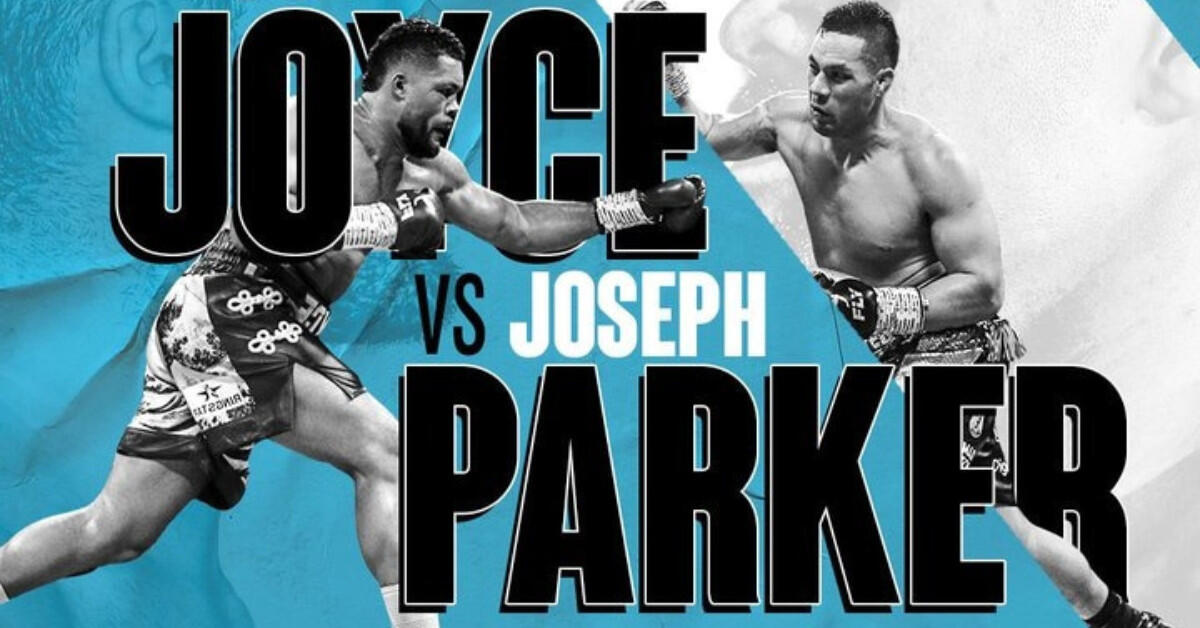 Joyce vs Parker pits #1 and #2 with the WBO for the Interim World Heavyweight title and guarantees the winner an immediate shot at Oleksandr Usyk or an elevation to full champion should Usyk vacate the title.

Serrano is coming off a split decision defeat to Ireland’s Katie Taylor for the undisputed lightweight titles and turned down a big rematch with Taylor for the second half of 2022. She was supposed to make a mandatory defence on the Jake Paul card at Madison Square Garden before the show was pulled 6 days out due to weight issues with Rahman. Serrano has long wanted a unification fight and now gets it on a card nobody would’ve predicted she would fight on.

Mahfoud, unbeaten in eleven contests, is Ring Magazine’s #3 Featherweight. She won the interim world title in 2020 over Argentina’s Brenda Carabajal, the mandatory for Serrano. Mahfoud was elevated to full world champion soon after and made her sole defence in April of this year against the European champion, Germany’s Nina Meinke (12-2); where she won a closely fought unanimous decision. Mahfoud has never fought outside of her native Denmark and Serrano has never boxed outside the ‘Americas’ region.

Anthony Cacace (19-1, 7 KOs), 33, will challenge for the IBO world super featherweight title against the unbeaten Italian champion Michael Magnesi (21-0, 13). The 27-year-old from Lazio won the title by defeating Dennis Contreras in April and the British champion from Belfast is his first defence.

Heaney, 33, who is striving towards a major title challenge at the home of his beloved Stoke City, won his IBO belt with a seventh-round stoppage of the experienced Sladan Janjanin in November 2021 and returned to action in April in Telford and survived a first-round scare to ultimately overcome the dangerous Diego Ramirez by a significant margin over 10 rounds.

Former English champion Flatley, known as ‘Quiet Storm’, will come into the fight off two straight victories following his EBU title defeat to Kerman Lejarraga in December of last year. Flatley has a draw on his record against the current British super welterweight champion Troy Williamson.

The Queen of Queensberry, Raven Chapman (3-0, 2), moves quickly into title business with a challenge for the vacant WBC International featherweight championship against Argentina’s Jorgelina Guanini (10-4-2, 1).

The 28-year-old Chapman, known as ‘The Omen’, made her Queensberry debut in May in explosive fashion when she stopped Gabriella Mezei in less than a minute.

She will be stepping up in levels against Guanini, a former IBF world champion at super flyweight, who recently defeated the then unbeaten Brit Stevi Levy in Barcelona. The 30-year-old has previously lost on points to British opposition in Rachel Ball and Ellie Scotney.

The next portion of the card will be the televised non-PPV portion which begins ninety minutes later at 6:00 PM BST (1:00 pm ET, 10:00 am PT) live on BT Sport 1 and features two bouts.

Multiple Queensberry Promotions’ Press Releases Were Used In This Article