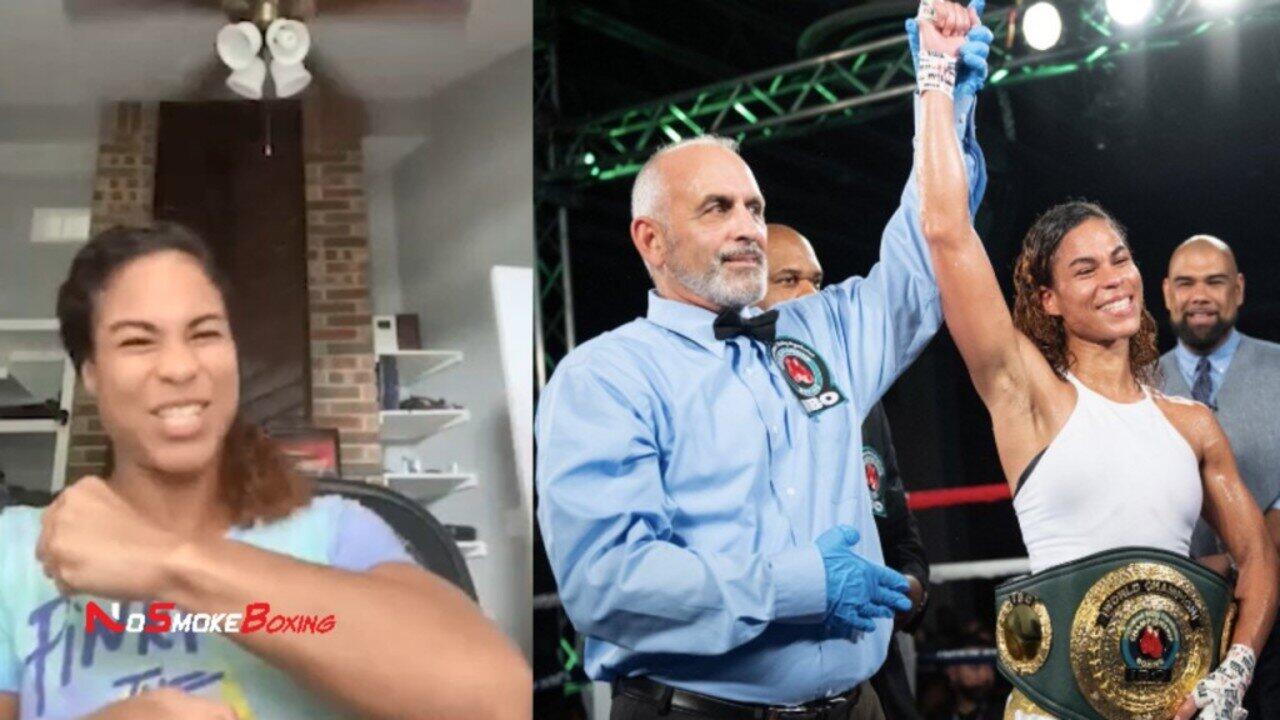 Melissa Oddessa Parker, born in New York, and now residing in Texas made quick progress, very early on in her boxing career after competing in her first professional fight in just October of 2020.

Since October 2020 Melissa Oddessa has competed in 5 professional fights in the space of 8 months, but what is astounding is that she is already a world champion, after picking up the vacant International Boxing Organization World Female Bantam Title after proving too much for the heavily experienced Calista Silgado last month.
Odessa Parker is no stranger to combat sports as she has regularly trained and competed in many sports such as MMA, BJJ, Wrestling, and Amateur Boxing, however winning a world title in any type of combat sport in just the 5th fight is very impressive.

In an interview with NoSmokeBoxing Melissa Oddessa mentioned how in the amateurs she came close to fighting the Irish sporting mega-star Katie Taylor but Taylor’s team changed their mind at the last minute and fought a different opponent, Melissa did however encounter a number of fights against the also now world champion Mikaela Mayer and mentions in the interview with NoSmokeBoxing how she would relish getting revenge against Mayer now they are both fighting in the professional ranks, with Mayer being a few weight categories above her.

With Melissa Odessa Parker seemingly on a mission to achieve greatness in her boxing career, and her willingness to fight anyone in her way can we see her collect more world title belts to unify her current weight division before moving up in weight?

Be sure to follow the exciting career of Melissa Oddessa Parker and check out her interview with NoSmokeBoxing to see just how driven this world champion is.