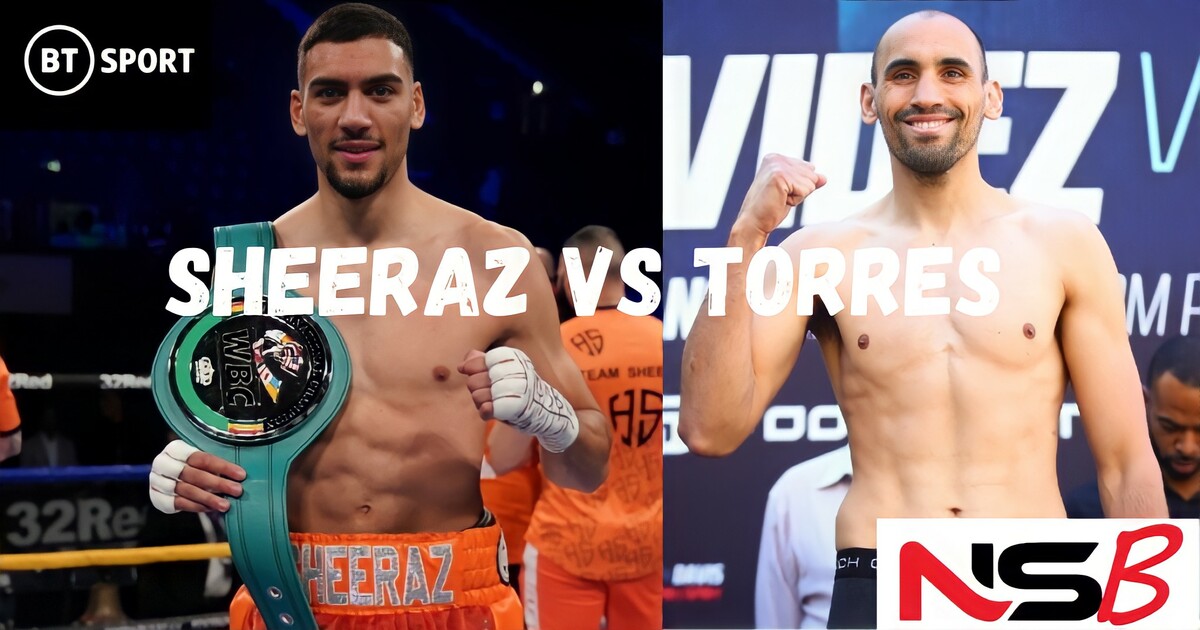 Unbeaten London-based Middleweight Hamzah Sheeraz (15-0) looks to add the prestigious WBC Silver Title to his collection as he takes on Argentina’s Francisco Emanuel Torres (17-3-1) over 10 rounds in the main event this Saturday, July 16 from the Copper Box Arena, London Live on BT Sport.

Sheeraz, ranked number #13 with the WBO, is looking to add a WBC world ranking as he targets a fight with British champion Denzel Bentley in the near future. Torres does not have any notable wins on his resume but does have a draw with David Benavidez’s brother Jose Benavidez Jr (27-1) in his last fight in November 2021.

Torres has only been stopped once by Sebastian Horacio Papeschi, who is 1-1 with Marcelo Estaben Coceres who arguably beat Edgar Berlanga and gave Billy Joe Saunders all sorts of problems in their 2019 bout. The Argentinian is unbeaten in 5 years and marks a real test for Sheeraz, a stoppage victory would be extremely impressive.

On Chief support, Birmingham Super Middleweight Lennox Clarke (20-1-1) defends his British and Commonwealth championships against two-time British title challenger at middleweight, Oldham’s Mark Heffron (27-2-1). Clarke sprung to notoriety when he upset top prospect Hutchinson in early 2021 but has not competed since. Heffron is most recently known for 2-fights with Denzel Bentley where he was 0-1-1.

Liverpool’s unbeaten, exciting featherweight Nick Ball (15-0) announced himself to the world when he stopped Isaac Lowe in under six rounds on the Fury-Whyte undercard at Wembley Stadium. He was announced to face Nathaniel Collins on this card for the British and Commonwealth titles but Collins would not be ready for the date and they could do the later this year instead.

Ball defends his WBC Silver Featherweight Title against 14-3-1 Namibian Nathanael Kakololo. Kakololo has never been stopped in 18 contests going the distance wth 27-0 Oleg Malinovskyi (MD loss) and 13-0 Andranik Grigorian (UD loss) within 6 weeks of each other last year. An inside-the-distance result for Ball would further ramp up the hype behind him and make a real statement in the division.

Dennis McCann (12-0) takes a significant step up in competition when he faces British title challenger James Beech Jr (14-2) for the WBC International Silver Feather Title. McCann looked very impressive early in his career but in his recent few fights, the hype train has stopped slightly and many feel this could become an early acid test where McCann might not come through especially since he’s never competed at 126 and typically fought fighters at least one weight class below.

What Time Is Hamzah Sheeraz Fight?

What Channel Is Hamzah Sheeraz Fight?

Who Is Hamzah Sheeraz Fighting? 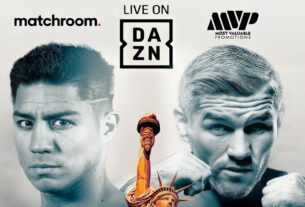 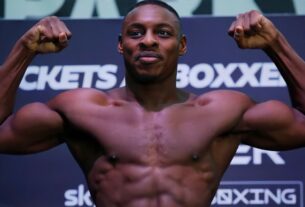