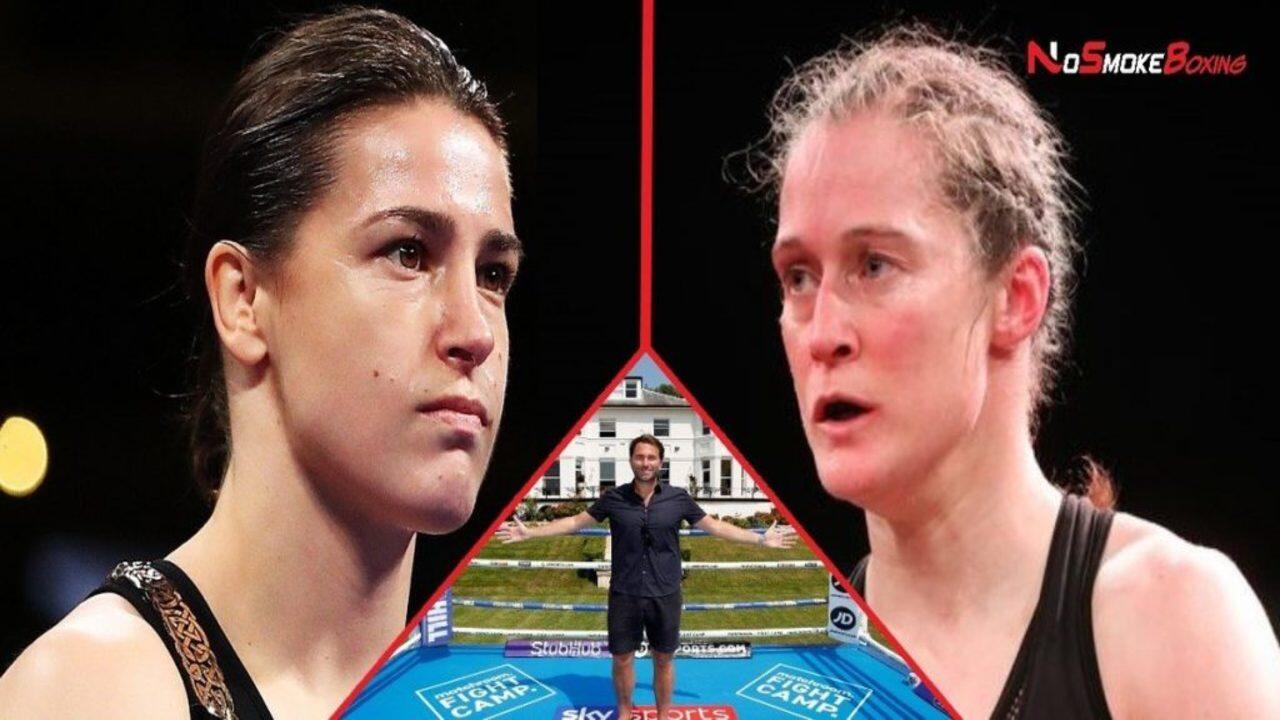 Katie Taylor intends to retain her undisputed world Lightweight titles at the Matchroom Fight Camp, in a highly awaited replay against Delfine Persoon on August 22nd.

The Upcoming Rematch at the Matchroom Fight Camp Bubble.

On her return to the ring, Ireland’s 33 years old, Katie Taylor had hoped to challenge world Featherweight champion, Amanda Serrano. The pair was initially expected to fight on May 2nd but failed to negotiate terms to fight on the August date. So, the attention of Taylor returned to a rematch with Persoon.

The fight will happen 14 months after Taylor won all four of the major belts in her division with a disputed win over the Belgian in New York. The rematch will be hosted behind closed doors as part of Eddie Hearn’s Matchroom Fight Camp, which will serve as the primary support for the eagerly awaited Heavyweight battle between Alexander Povetkin and Dillian Whyte for the WBC interim title.

Taylor has developed a great reputation. People know her as a very formidable pound-for-pound competitor in women’s boxing since becoming a professional shortly after the 2016 Olympic Games.

From a distance, the fight with Persoon has been her biggest challenge to date.

In a highly awaited return to the boxing of both  Dillian Whyte and Alexander Povetkin, fans expect Taylor to defend her exceptional championship against Persoon.

The Irish star reunited the banners of the WBC, WBO, IBF, and WBA with a slim majority decision victory in New York last June, which Persoon accepted with dismay. Even more, their fiery rivalry will be revived at Matchroom’s Fight Camp on August 22 nd.

Since then, Taylor has won the WBO Super-Lightweight belt with a respectable points victory over Christina Linardatou, becoming a two-weight world champion. Nevertheless, she has stepped down a weight once again for a second battle with Persoon to clear up any unanswered questions the boxing world may have.

A possible victory for Delfine Persoon?

For the first time in her pro-career, Delfine Persoon brought Katie Taylor to the limit, which is one of the main reasons why so many boxing fans are so excited to see them clash again in the Matchroom Fight Camp.

Persoon came out roaring from the opening bell of the fight, dismissing Taylor’s game of ‘hit and move, hit and move’ as she tried to ‘go for it with the Irish world champion.

Persoon told Sky Sports that if boxing had three-minute rounds, it’d be easier for her. She believes that Taylor wouldn’t oppose her for 3 minutes. Persoon thinks that her opponent, (Katie Taylor) will run from her.

About the Matchroom Bubble.

With his establishment, and, the London skyline in the background, some stunning photos might reveal Eddie Hearn gazing in the sunshine, nonetheless, the actual progress was going a mile down the road. This is the coronavirus-free region that holds all the fighters, and, the news media at a nearby hotel has been sequestered for the month at a rate of around £250,000. Yes, this is the Matchroom Fight Camp Bubble!

Approximately, a few hundred people are expected to be checked for COVID-19 the week before this rematch. Later, officials hold those people in their hotel rooms before the test results return. Roughly, test results are expected about 20 hours later.

While fighters use a gym, slots need to be booked. Also, sessions should be concealed from opponents’ prying eyes that may make last-minute checks on their rival’s weight or game plan for their fight.

Fighters will order their meals from a special menu in their quarters, however, only the Heavyweights will feast on the bacon and egg rolls, and, other tasty treats. Naturally, they don’t need to watch their weight as much.

Other fighters may bring their microwaves or even portable cookers and fridges so they can prepare their own food to ensure they won’t add unwanted pounds before the final weigh-in.

With a confirmed negative COVID-19 status, everybody will be able to walk about in total independence without any rigorous checks.

The officials will only chauffeur the warriors to the location itself later on fight day.

It has to be said, that, Eddie Hearn and all of his team at Matchroom Boxing have so far done a fantastic job to pull Fight Camp together so far for the first 2 weeks, with some huge fights having already taken place, we know that the biggest is yet to come and Eddie will be hoping that the final weeks go just as smoothly.

Let us know your thoughts on the Matchroom Fight Camp and how it’s gone so far in the comments section.