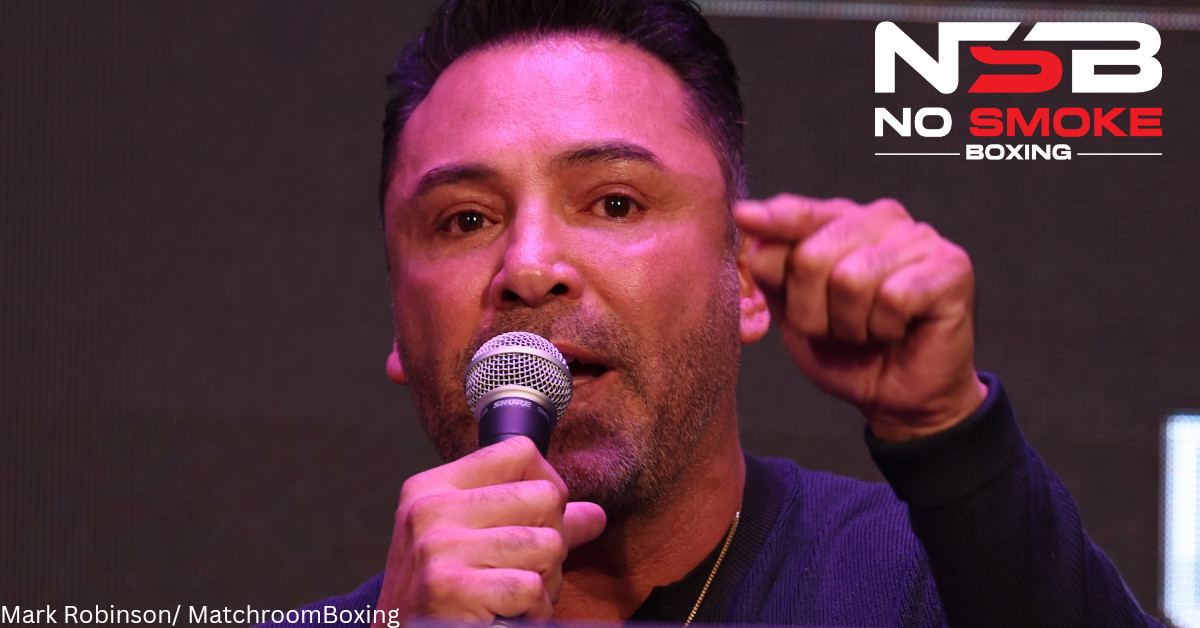 Oscar De La Hoya has fumed in various interviews this week about the current state of boxing and his plans to expose who he claims are the culprits.

We are all aware of the collapse of recent pound-for-pound blockbusters and this week the fallout of the potential clash between Gervonta “Tank” Davis and Ryan Garcia has been a hot topic for the boxing community, especially during fight week for Dmitry Bivol (20-0, 11 Kos) vs Gilberto “Zurdo” Ramirez (44-0, 30 KOs)  in Abu Dhabi.

De La Hoya, whose Golden Boy Promotions promote both Zurdo and Ryan Garcia, has sparked debate this week with multiple tweets taking aim at and heaping blame on Al Haymon for the reason the fight didn’t take place.

In one of the tweets De La Hoya stated “Trust me I’m not holding back on nobody. Do the right thing and live another day, do the wrong this and you get exposed”.  He has also been quoted as saying on twitter that he is working on a “big project” to expose everyone in boxing who is up to no good!

De La Hoya, who also this week claimed America is his territory in reference to Matchroom and Golden Boy both broadcasting on DAZN, came out in support of Terence Crawford’s version of events in the collapse of his blockbuster fight with PBC fighter Errol Spence Jr.

De La Hoya also took aim at his former number 1 Prize fighter Saul “Canelo” Alvarez, often recently promoted by Eddie Hearn at Matchroom, to which he said Canelo has been “enjoying the fruits of his labour” and accusing him of “copping out” of a fight with Zurdo.

It’s no secret that there is no love lost between Promotors De La Hoya and Al Haymon who once shared a good working relationship in staging and making fights but with so many high-profile fighters jumping ship from Golden Boy to PBC (Spence, Deontay Wilder, Jermall Charlo etc) the relationship has soured to say the least.

In 2015 Golden boy filed a $300 Million lawsuit against PBC creator Al Haymon’s various business entities in a claim they violated the Muhammad Ali boxing reform act in what they said was Haymon attempting to monopolize boxing. This claim was dismissed by a judge in 2017 who concluded that Golden Boy Promotions had failed to demonstrate sufficient evidence to support their claims.

It’s clear to see from interviews this past week and his Twitter outbursts that De La Hoya is a man on a mission and it looks like more will unravel in the coming weeks so watch this space!

Also Read: Pound for pound or £ for £! The Struggle To Make Big Fights 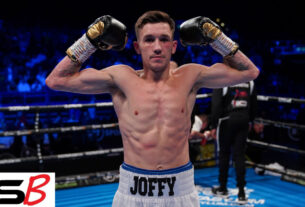 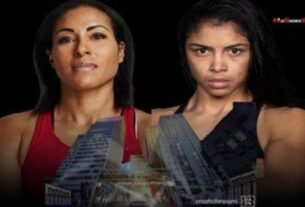 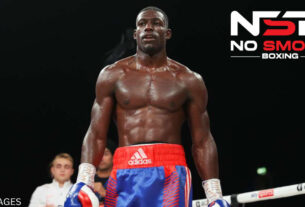