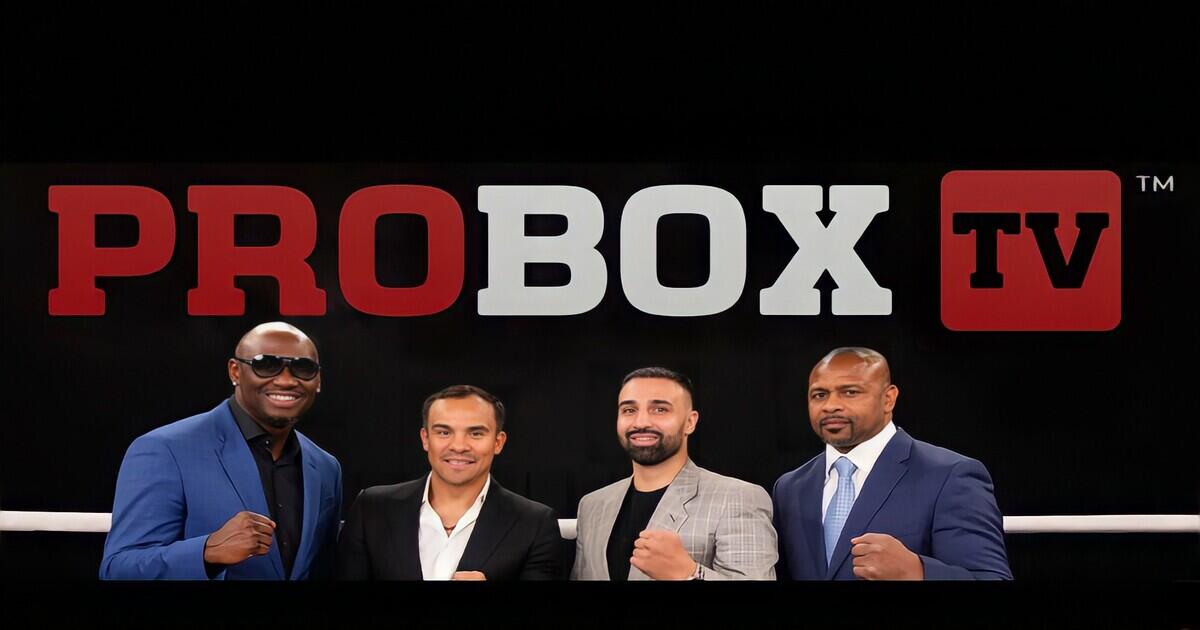 ProBox TV, the brand-new global boxing streaming service, launches globally this Friday in Florida with the aim to become a premium source of boxing content. The ‘all-boxing’ channel will put on 2-3 cards/month, tournament-style boxing, and unrivalled shoulder content, including daily talk shows, podcasts, and original documentaries for just $1.99 (£1.50) a month.

Tournament-style boxing is growing ever popular in the UK with the prominence of the Boxxer Series and ProBox TV will be the premier destination for these competitions. The boxing channel will offer the Contender series, last chance tournaments, and future stars series all within the subscription as well as 50-50 world level matchups.

The Boxing platform, which has content provided by ProBox Promotions, tested the waters with two cards in February and March in its current home of Florida live on YouTube before launching its paid subscription. The cards included quality names, evenly-matched contests, upsets, and title action.

There will be four quarter-finals of their ‘Last Chance tournament’ leading into the co-main which features former WBA Titleist China’s Xu Can (18-3) against Mexico’s Brandon Benitez (18-2). The main event pits IBF #1, also from China, Fanlong Meng (17-0) against former multi-time light heavyweight champion Jean Pascal (35-6) in a true 50-50 matchup.

Pascal has not fought for two and a half years since back to back wins over unbeaten Marcus Browne and Badou Jack. The Canadian-Haitian tested positive for four different banned substances in May 2021 ahead of a planned rematch with Badou Jack. Pascal has consistently protested his innocence and now gets to make his long-awaited ring return.

Fanlong Meng was a mandatory challenger to Beterbiev and was supposed to face him pre-pandemic. The pandemic saw his mandatory chance fall to Adam Deines, the man Meng holds a win over. Meng returned to the ring with a 10-round decision win over Israel Duffus (20-6) and now looks to make a statement before getting a title shot in the near future.

Xu Can has not competed since his upset loss at the hands of Britain’s Leigh Wood in the headliner of Fight Camp Week 1 at Matchroom Headquarters, Brentwood, Essex. Can was comprehensively beaten down and fell second best to the skillset of Wood before being stopped in the twelfth round.

In the opposite corner is 2012 Filipino Olympian Mark Anthony Barriga (11-1). Barriga previously unsuccessfully challenged for a world title down at minimumweight against Carlos Licona (13-0) on the Deontay Wilder vs Tyson Fury 1 undercard at the Staples Centre live on Showtime PPV. He has only boxed twice since that 2018 defeat, both in 2021 against sub-par opposition.

There is no undercard announced for this card yet, although there is expected to be another tournament as well as a 10-round chief support contest. ProBox hopes to increase its content and diversify geographically in the coming months serving its global platform and international markets.